I have always learned the slow way. First I try to master the basic skills to do the minimum work I need to do and then, once I have gotten that far, I then try to learn new functionality bit by bit, and that is what I am trying to do with PhotoLine. However I keep coming across questions because my knowledge base is still small, and this one is about the Quick Selection Tool

I read the manual about the tool and decided to give it a try. I selected a simple raw photo, loaded it and flattened the image. I don't know if all I needed to do was select the background layer or not, but I thought flattening the image would solve that problem. since there would only be one layer.

I next selected the Quick Selection tool, drew the box around the image and then dotted the inside and outside with the "keep" and "discard" markers. PL seemed to understand and it did a selection, but the object was selected as was the outside box that defined the limits of the object, so how do I use it once this was done?

Never mind, I have figured it out.
Top

Quick Selection is one of the advanced Mask tools. To be honest i didn't used this tool a lot to suggest something deeper. I only learned earlier how that tool works to draw logical icons for it. I like to use Automatic Lasso to manually draw borders, and then create Mask and then simply edit Mask Layer with black or white brush.

You can also use any vector layer shape as mask. This will keep Layer Mask 100% vector and you can edit it with vector tools anytime.

So it is up to user to learn and use advanced Mask tools, or simply draw with black or white brush on Clipping Layer Mask to edit mask.
PhotoLine UI Icons Customization Project: https://www.pl32.com/forum3/viewtopic.php?f=3&t=6302
Top

While I still have a long way to go I do think that I am making progress in figuring out how to do some things I typically do when using other pixel editors. That mostly means perspective correction, masking, selecting and replacing backgrounds and some basic adjustment layers work. The more I use PL and the more I become familiar with how to use it the better I like it.

There are some things that I am still trying to figure out. I have not found any way to create a Luminosity Mask yet and I was wondering about scripting. The manual does not seem to even have an entry for "script" but I suspect that much of what PL does is done through scripting so perhaps there is a hook in the app somewhere that would allow creation and use of scripts, although even if so I don't know what the scripting language would be.

One of the blessings for me is that PL actually successfully supports plugins and external apps so I have been able to use some of the apps that I have used previously like the Nik apps, using them directly from PL. Most of the complaints I read earlier about PL had to do with the difficulty people had in using it, but I have begun to think that it is just a matter of a different mind set when learning how to use the app. For example I guess you can not drag a mask from one layer to another, or copy it (copy and paste) as you can in some other editors, but I now know there is a way to do the same thing using a different approach. Fortunately there is this forum with people who are knowledgeable about the app and have already done the hard work.
Top

MikeFromMesa wrote: ↑Thu 09 Dec 2021 23:23 There are some things that I am still trying to figure out. I have not found any way to create a Luminosity Mask yet

You can simply right click on layer eye icon and convert it to clipping mask layer. So it will use Luminosity as transparency i guess. 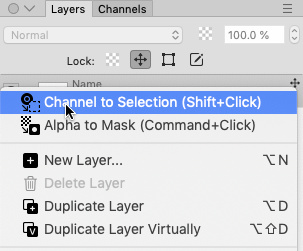 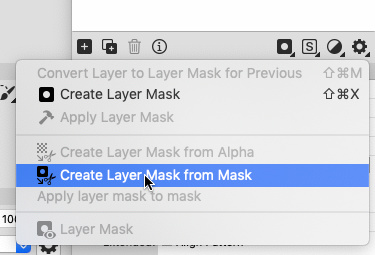