Good afternoon, (or night, or etc

I am testing Photoline's demo intensively to decide if it can fit my workflow. I am an illustrator and digital painter who prefers to use tools similar to Photoshop instead of very "art specific" (Rebelle, Art Rage, etc), as all I need is a simple but decent brush in that regard. Your brush system is good enough, in my opinion, as I have been testing. And the image editing features in Photoline are impressive and very complete, just what I need.

1) This issue might seem silly, but I undo constantly as I paint, and seeing the undo message display with every ctrl+z (I configure it in my pen), so, every x seconds, is very distracting, removes my focus. Is there a way to disable it? I did not find it in preferences, neither doing a search here in the forums.

2) The second question is if is it possible in Photoline to set a "only crosshair" cursor or other minimal cursor (for instance, a solid tiny triangle) while painting. My only solution is to activate upper-case letters key in the keyboard, as then (like in other apps) the cursor becomes a crosshair. But this is an inconvenience for designs where I am constantly alternating painting work and text layers, which I make very often.

The first issue is worse for me, as it could be that it is tied to the PL internals and not possible to change, while somehow I could work for some time (until the feature appears) with activating the upper-case key for the other issue.

Thank you very much in advance if there are answers about these.

I have no idea how to disable the »Undo« banner (seems to be pretty new, never noticed it before), but you can use the history/undo list:

In this list you just click the previous entry to undo the last action. Once clicked, you can move the bar to top and bottom, to see your single steps on screen.

To modify the cursor, go to »Preferences« -> Working -> Cursor. I have no idea, how good the help file is for this topic.

Thank you very much for the very detailed and kind reply, der_fotograf.

I had seen undo list, and it could have been a remedy, as it does not trigger the undo message, for some reason. But while painting I undo constantly (partly as a digital tablet does not give you as much control as a traditional brush) , and it'd be too much time and (painting) focus lost to go every x seconds to that dialog. In every software I adjust undo to one of the two pen side buttons (usually assigning ctrl+z to it). Which actually works great here (but launching the message in the middle of the painting

I might see later if I can post that as a possible feature suggestion (just a toggle in preferences for the Undo graphical message), if that's allowed.

. Also, I tested it can be mapped to the wacom intuos pro touch ring

. Even more, that just pressing ctrl while dragging, one can change the brush size (I have set that to my tablet buttons as well ) ]

The cursor options... I have tried several combinations and I am not able to set the usual "just crosshair" only (or a black small triangle/circle). But might be me that I am not seeing how.

Thanks a lot again for your help.

I also want to emphasize, that once I made some deep digging and heavy configuration, I could make a brush that pretty much mimics the usual subtle and painterly digital painting brush (I, neither my gigs, require any sort of mimicking of traditional media. And my work is not niche, is pretty standard for the gigs one gets as a person who can draw and paint). So... Kudos! That is amazing.
Top

You can use cmd + shift (⌘ + ⇧) on macOS and move the tip of the pen to modify the softness of the brush.
Nur wenige wissen, wie viel man wissen muss, um zu wissen, wie wenig man weiss.
Only few know how much you have to know to know how little you know.
— Werner Heisenberg [German theoretical physicist]
Top

FWIW I have imported a number of brush sets into PL. Work fine.
Top

Yup! I had mentioned it in my previous post... (but I recon I write too long text walls, sometimes... )
Although actually, while I'm constantly changing the brush size, very rarely change the softness.
Top

I...typically, in every software, have only a simple round brush with flow control (and sometimes opacity), typically quite hard edges, and I customize it a lot, all to slightly mimic a painterly touch. I'm that kind of painter. But it's good to know that importing brushes works well.
Last edited by Jake123 on Thu 03 Mar 2022 02:37, edited 1 time in total.
Top

About the main topic, I think just having a preference to make it show up (the undo message) at the bottom left (might make sense as also there's the status messages at the bottom of the screen, would appear just above it, where the user eyes already look for "feedback" at status bar) or right bottom corner (most users don't focus on the bottom, so it wouldn't be as distracting as in the middle of your work area), would avoid the problem of removing the mental focus on the illustration/painting/comic/design.

The other issue, I've read the help pages, but I don't seem to find a way to not use the two circles (size and hardness), I mean, so to hide them by replacing with a tiny crosshair, or small arrow, etc (it's something I tend to do in every app

Anyway.. I will be keep checking the releases, in case these get changed (probably it won't, but just in case). I might purchase it even if I can't use it for painting (it's very ready for painting for many people, I just can't deal with those two things in my workflow, but maybe that's just me), as it's very useful for other stuff.
Top

I agree that "Undo/Redo" pop-up is sort of distracting sometimes. Please add user option to turn it on/off if possible. 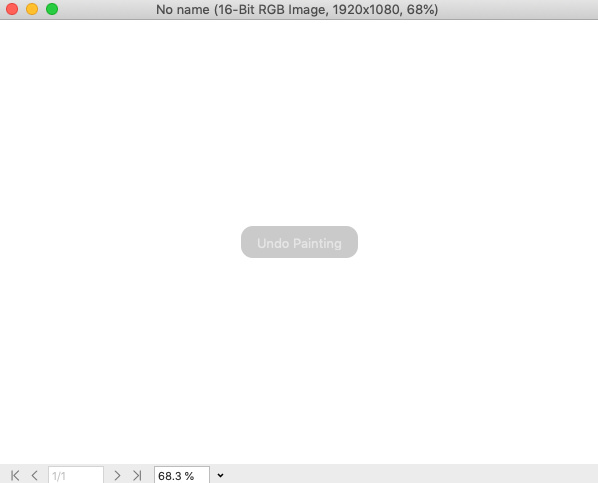 It is possible now to disable Undo message in Preferences in 23.40b6
As for Brush Cursor visibility - yes, it is possible to hide brush circle if press Caps Lock.
It is also possible to draw any custom crosshatch cursor by editing Cursors.pld file in program resources or by using additional CursorsUser.pld file. But this will not affect brush circle (aka Outline) preview.

I personally also would like to ask for small improvements for Brush cursor preview when it is not during painting. Is it possible to add an option to preview real brush cursor instead or simplified outline? Something similar to "Preview Copy" option in "Copy Brush"

There is also small problem in logic in "Copy Brush" preview as well. Currently if i use Caps Lock to hide cursor circle - "Preview Copy" also became invisible.

So i guess perfect independent toggles for all brush tools may look like this:
Preview Brush (including Color, Soft edge and Opacity)
Preview Brush Outline
Preview Crosshatch 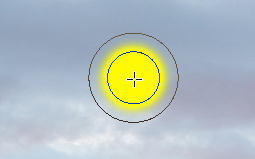 It is possible now to disable Undo message in Preferences in 23.40b6

Thank you very much!!! I was not aware of it. This alone is reason enough for me to purchase it now. Thanks a lot, Shijan, and the devs for having implemented it


As for Brush Cursor visibility - yes, it is possible to hide brush circle if press Caps Lock.

Oki, the undo was the main problem. The capslock is an ok trick, I can live with having to often be hitting capslock when also working with many text layers

I am able to paint in a very very painterly and artistic manner with the demo, in the tests I have made. so, all this is great news. My purchase is now decided.


It is also possible to draw any custom crosshatch cursor by editing Cursors.pld file in program resources or by using additional CursorsUser.pld file. But this will not affect brush circle (aka Outline) preview.

That is very interesting, indeed. Editing the cursor is not possible in the majority of apps, while it is extremely convenient for each one's customization. Hiding the outline would be actually perfect. In some apps what I do is set the outline to only show when I am increasing or decreasing the brush, as that's mostly when it's needed. This combined with the existing customization of the cursor would rock (the cursor is of course needed). But I am fine with a standard cursor as well.


So i guess perfect independent toggles for all brush tools may look like this:
Preview Brush (including Color, Soft edge and Opacity)
Preview Brush Outline
Preview Crosshatch

Working with the latest beta (finally purchased it

). And this new feature works great.