Here everybody can post his problems with PhotoLine
173 posts

I decide to start this customization project because was not too happy with current PhotoLine UI.
Hope this customization pack will help new users to migrate more easily from other apps to PhotoLine and also may help developers to rethink and redesign icons logic and style in future. Feel free to participate and improve. 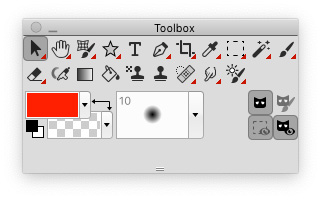 Tool Settings and General Toolbar:
- To avoid multiple variations of gear icon, it was replaced to better defined "command" vector icon.
- Some other icons are simplified, and some imported from Photoshop. 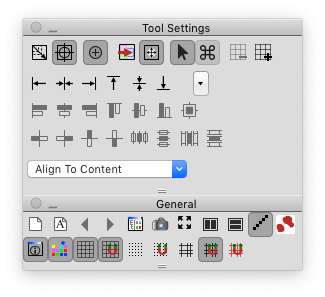 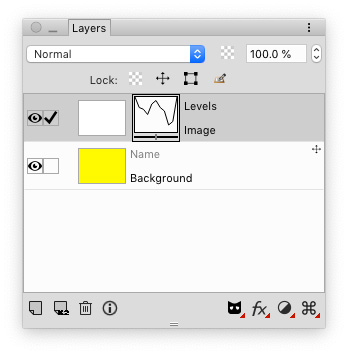 Adjustment layer:
- White background for tools for better visibility (but those buttons still looks far from perfect and not well aligned).
- Some other icons are simplified, and some imported from Photoshop
-

[Request to Developer] Those ultra tiny docked adjustment layer toolbars should be really somehow unified in size with other toolbars. It is a real pain to use those microscopic scaled icons.
- 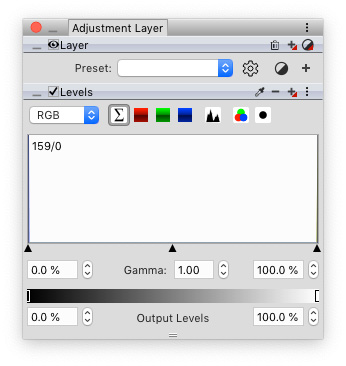 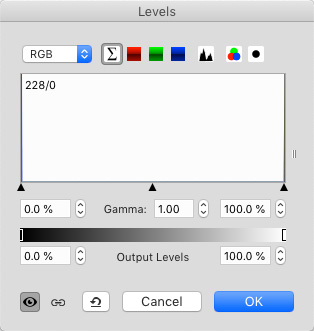 Actions:
- bottom toolbar icons are redrawn, and some imported from Photoshop. 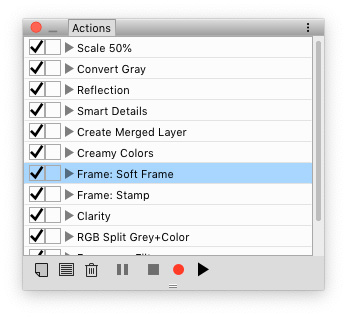 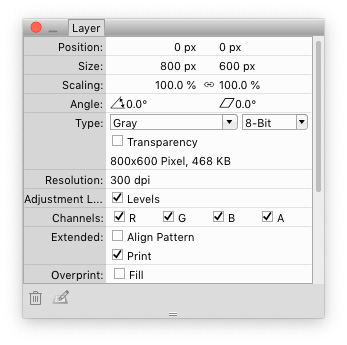 Lots of work there shijan.

Having now discouraged you

I do believe that the icons in PL need some upgrading. Maybe not a priority for the developers but many users see the PL UI and move on never bothering to see what is under the icon. Looks do matter for many users and potential users.

I would encourage you to keep going with your project. Many may ignore your work but others may love it. Maybe the developers will take onboard some of your suggestions and consider a makeover for PL.

It is nice, although yeah taking them from another application is a little bit risky because copyright, but as a personal test is very fine.
Here you can see my icon set proposal, I did them by modifying the base PL icons. If you keep checking that topic you will find some ideas about cleaning up the UI noise.
viewtopic.php?f=12&t=5974&hilit=Icons

Just that.
Nobody cares what you do for your own purpose, but you can't rip graphics from other apps and publish that!
----------------
Herr Doktor, ich bin mir ganz sicher, ich habe Atom! /Doctor, doctor, I'm sure, I've got atoms!
Top

I agree with Hoogo: by publishing Adobe's icons in this thread, you (Shijan) are breaking copyright law. While I like what you are doing as a personal project, I think you should remove the link to that icon file from these forums.

Perhaps it is an idea to use the icons from open source projects (like Krita, Scribus and Gimp) instead. But by publishing the PS icons you risk legal action - and against this forum (and the PhotoLine developers).

@shijan, if you want you can grab the icons that I made and modify them as you please, no copyright problems there.

Juan wrote: ↑Sun 05 Jan 2020 19:31 @shijan, if you want you can grab the icons that I made and modify them as you please, no copyright problems there.

My main idea here was to preserve Photoshop icons here. I still forced to use Photoshop at work, but i already order PhotoLine for home usage and for very specific film negative scans processing workflow. The tools are 99% the same and less difference between tool icons makes my work way simpler. So redrawing another random icons set feels like useless idea for me.
PhotoLine use rather huge icons set because almost every tool may be placed to custom toolbar as icon. This is good for users but bad for icon designers

Probably i will limit project to only additional icons that i use in toolbar.
Vector icons drawn in PLD file actually works very well. This feels like SVG vector based interface, so respect to coders. Works well when settings set to large and medium size. I don't tested it, but probably it should work well on high DPI displays. But here are problems as well:
- Seems original icons where designed to support drop shadow effect so they all de-centred. A lot of icons just have randomly shifted center. Not too accurate.
- For tiny 15x15 and 17x17 pixels sizes icons should be drawn with snapping to pixel grid to preserve crisp appearance. But unfortunately original icons set just drawn in vector and placed as is without preserving to pixels.
- Shape of most original vector drawings is very random and freehand-like. This also makes some visual problems and less clean pixel look.
PhotoLine UI Icons Customization Project: https://www.pl32.com/forum3/viewtopic.php?f=3&t=6302
Top 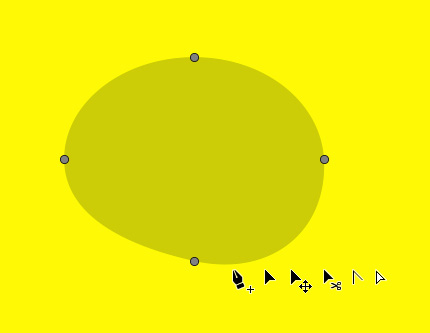 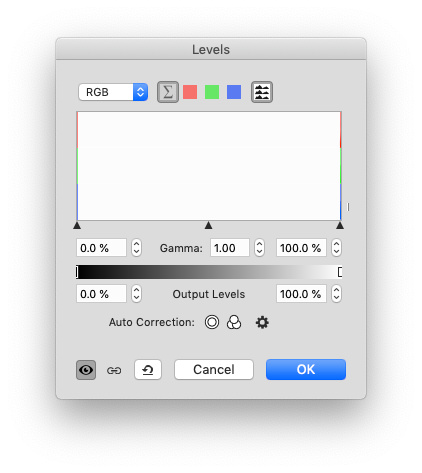 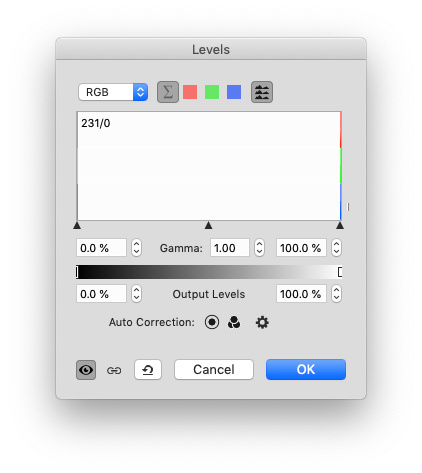 beta5 BIG RELEASE!
Icons reassembled based on more resent PicturesSimpleUser.pld. Make sure to select it in PhotoLine settings to use beta5.
A lot of new icons replaced.
Some attempts to move to universal icons pack provided by Apple for app developers.
PhotoLine UI Icons Customization Project: https://www.pl32.com/forum3/viewtopic.php?f=3&t=6302
Top

BETA 6
I made some further attempt to add Apple Symbols (SF Pro Display Light) in 15 px height to .pld icons file. Also a lot of another vector icons where manually redrawn. 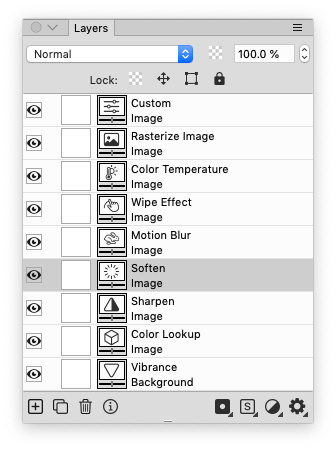 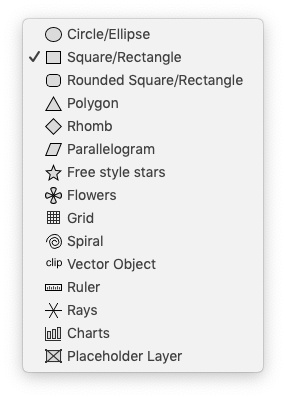 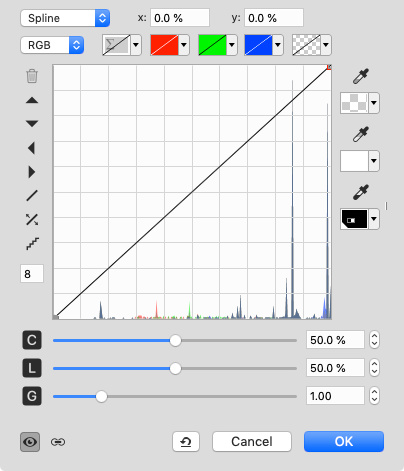 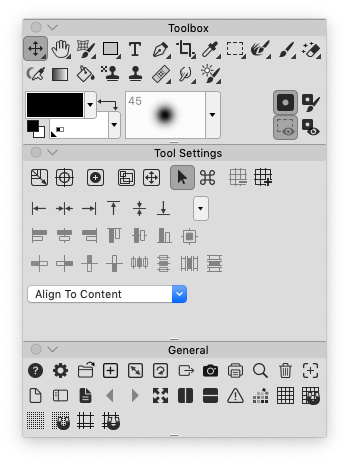 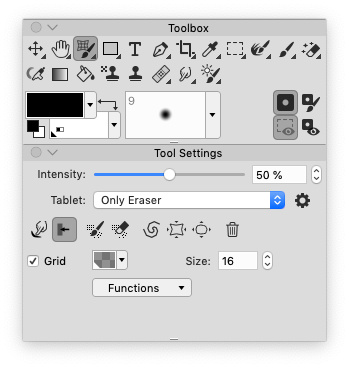 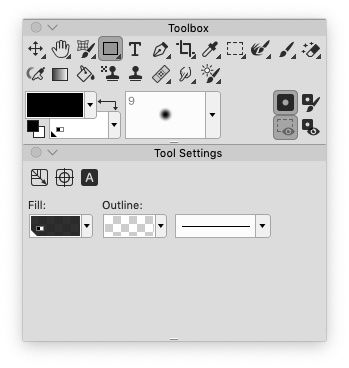 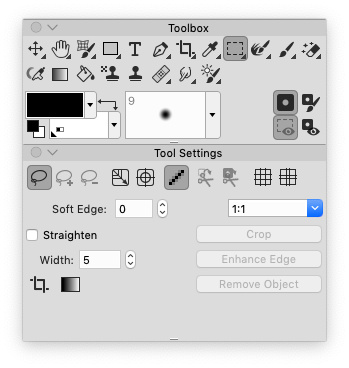 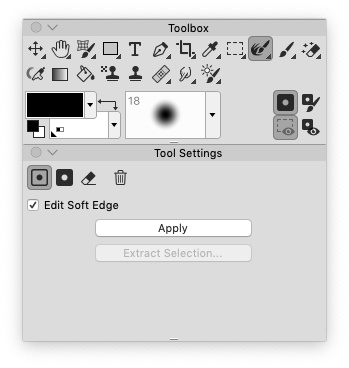 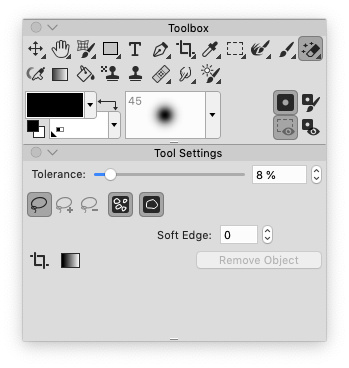 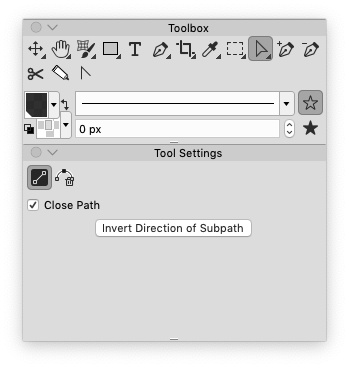 First it was some mystery with custom icons auto invert in dark UI: 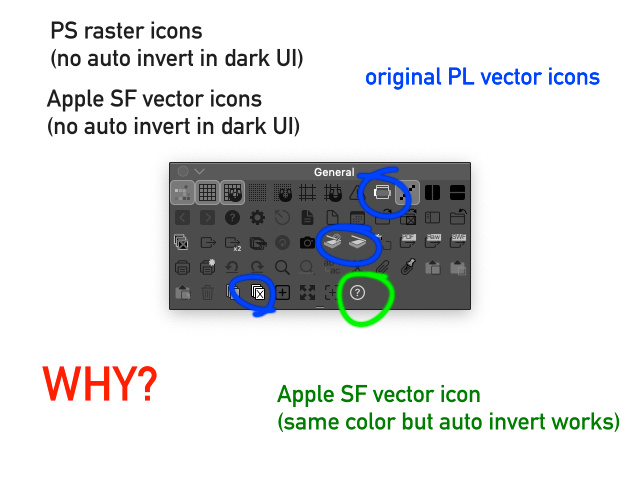 But later seems i found the source of problem. I need click to Color, select Document tab, and select black color to defive "Foreground" color. Seems this sort of tag that explains UI to render inverted in dark mode. Sort of tech stuff... Now i need to redo color for every icon 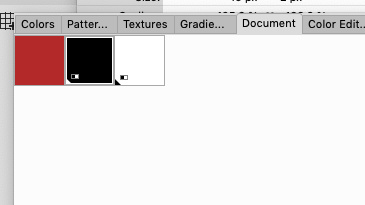 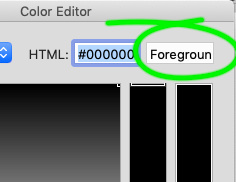 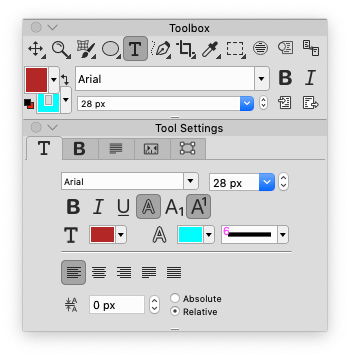 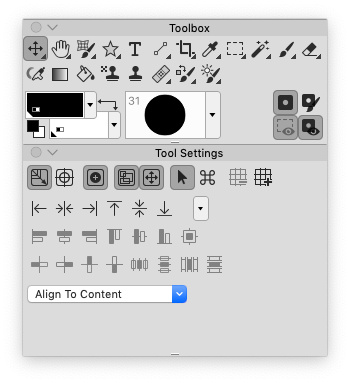