I have now extended this. With a layer name like "+/filename" the "+" will be replaced by the name of the group in the future.
And you will be able to copy/paste export settings from one layer to another.

Other observations regarding the export panel:

- if I add a folder name to the prefix PhotoLine hangs and I have to kill the process, for example: test/@2x

So "test/" is the prefix und "@2x" is the suffix? I did that in my tests and it worked fine. Do you have a sample file to reproduce the problem?


Herbert123 wrote: ↑Tue 24 May 2022 20:47 - it is a bit odd to have the + AND the diskette+ buttons do the exact same thing. To me the + is located where I would expect it to behave like an option to add another export preset. Why not replace the diskette+ icon with a + icon (this seems to be the standard in other software like Figma).

The "+" in the first export line is a test. Replacing the diskette+ icon with a simple "+" wouldn't be correct, because this button is just for adding a new export set and not a generic add button. There might be other features in the future that need an add, too.

Or maybe the disk+ icon should be removed?

Yes, this should be done.


Herbert123 wrote: ↑Tue 24 May 2022 20:47 - I don't really understand what the CSS-Class export property does. It seems to generate a proprietary <class></class> tag, which doesn't exist in the official SVG list of elements. I would have expected it to add a class="classname01 classname02" attribute to the <g> element instead.

Yes, you are right.

I can't reproduce the hang, A small sample file would be helpful.


Herbert123 wrote: ↑Tue 24 May 2022 20:47What is the purpose of the CSS-Style input option if not to amend the code with our own CSS code, for example as prep for an animated SVG element?
And if it is meant to be used for this, it would be nice to be able to have a multi-line input field - something that could be pulled down to reveal additional lines of code, for example (not strictly necessary, but still nice).

You can manually set the name of a style.
IMHO PhotoLine should automatically create these styles, but it doesn't do that yet. I am not sure that this is even possible, because some vector properties of PhotoLine have to be simulated by a bunch of SVG element, so that a stroke color in PhotoLine might become a fill color in SVG, but in other situations the stroke color might remain a SVG stroke color.


Herbert123 wrote: ↑Tue 24 May 2022 20:47- is it already possible to re-export to the same folder and overwrite any previously exported existing files? I do this all the time when updating assets in a project.

Not yet, but I still have that on my list.

Hoogo wrote: ↑Sun 29 May 2022 20:11 - Alt + Tab only works when the main window is active. IIRC, that's kind of default windows behavior, but it's annoying nonetheless.

Not sure what you mean. I could not produce a situation where ALT + Tab would not work.
Top

Sorry for the late response (we had family visiting from abroad for a few weeks).

I tried again to force a crash, but so far everything works fine with the export. Perhaps I did not save the file and PhotoLine got confused about paths, but I tested that as well, and it still worked.

All of which means that I cannot reproduce the hang while exporting. I will keep an eye out if/when it occurs again.

When I attempt to turn off pixel mode (ctrl-1) PhotoLine crashes after a moment.

Can anyone confirm this? The demo file is located in the PhotoLine/Samples folder.

This bug was inroduced with the faster Gaussian Blur. I will fix this.

shijan wrote: ↑Tue 24 May 2022 22:34 Agree. It looks really strange to have 2 buttons in panel that look different but do the same thing.

As I wrote above: These are two different functions. The one is a generic add, the other is an "add export option".

Well, maybe. Personally, I prefer the "+" in the list field, because it has a direct relation to its function.

I will make the "+" button a bit larger.

shijan wrote: ↑Wed 25 May 2022 06:14 Starting form 23.40b7 i attempt to understand what means that new button in Undo panel toolbar "Record Actions Associated with Undo Steps". I even emailed to Martin Huber, and got answer: "This button will create actions based on he undo steps (if possible)." But to be honest i still can't understand the logic or meaning of this button. Is it have any real life purpose?

Well, I think my answer says it all. You can record the undo steps as an action to replay them with another document. And there are certain undo steps, that can't be recorded as an action like painting.


shijan wrote: ↑Wed 25 May 2022 06:14 P.S. It just feels a little bit strange to see that so many work dedicated to all those new rather questionable Export panels and Record buttons,

This undo->action function is a very long requested feature.

Those stacks would be nice to have, though I don't know whether they will be widely used. 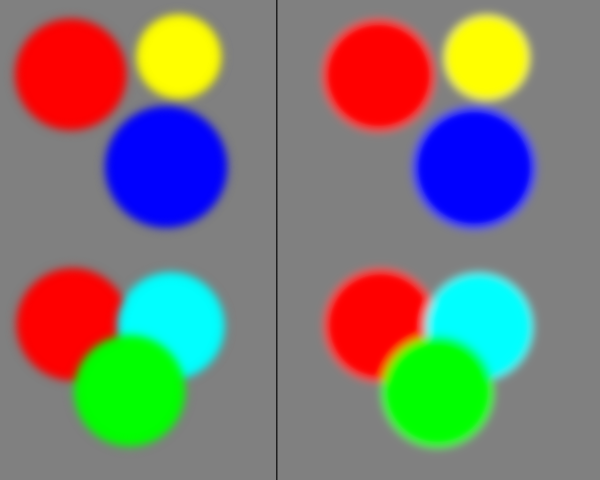